Well i am a bit disappointed. Guess what is not fun at all? It’s not fun at all when, in addition to your regular breakfast, you eat two huge scoops of ice cream+syrup, just to be able to take some good pictures of the latter and… the pictures turn out to be horrible, and you get the feeling that you’re nearly going to puke because you’ve eaten too much.

Leaving aside all this (boring, for you, i’m sure) stuff, what i really mean to say is: the picture do not do justice to the subject of this post, this wonderful chocolate syrup.

In fact, i didn’t mean to post it now, not one bit. I really wanted to take a great pic of it first, one that could make you understand how good, delicious, yummy it is (i guess you’ll have to try it yourselves, at this poin), and only afterwards i would have posted the whole thing.

But i have to. Because i want to give thanks for this recipe to the blogger i “stole” the recipe from, and i had to have evidence of the fact that i had actually tried it, didn’t i? ;)

so, thanks Becky :) it tastes wonderful :) 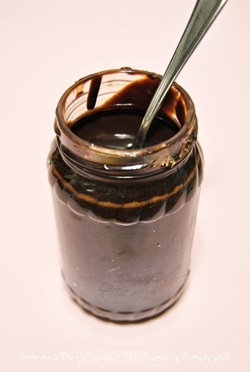 makes almost 2 9-oz. jars (if i had known about that, i probably would have halved the recipe :) i eat that alone, and it’s a bit too much for me – anyway, Becky said it keeps more or less 1 month in the refrigerator – if you don’t eat the hole batch the day after the day you’ve made it – not recommended if you’e trying to stay fit :D like me)

Ingredients: (my adaptations in brackets)

1 1/2 cups granulated sugar (flavored with vanilla – just put a pod - whose seeds you’ve already used - into a jar, and cover with granulated sugar – allow the flavor of the vanilla pod to be transferred to the sugar – you actually forget about the jar for a month or two – make sure to shake the jar every now and then cause the sugar will tend to form one single block, due to humidity)

2 tbsp light corn syrup (it’s not available where i live, so i used the same amount of glucose syrup/liquid glucose instead – well i meant to use the same amount, but since i only had 1 1/2 tbsp, i used that)

1 tsp vanilla extract (1 sachet of vanillin – i know it’s not the same at all, but you have to use what you have – hopefully i’m making my own vanilla extract soon, keep your fingers crossed for me people ;) )

place the dry ingredients in a casserole, gradually add the water stirring constantly (i do so to prevent lumps to form);

add the syrup, bring to a boil over medium heat, stirring constantly, and cook for 3 minutes;

remove from heat, add vanilla, mix well, allow to cool completely and trasfer to a proper container (i used an empty bottle which once had contained store bought syrup).

Store in refrigerator, for up to a month. 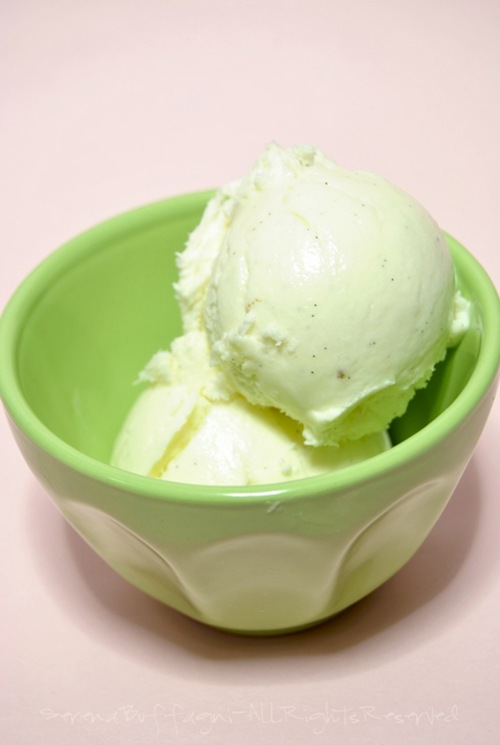 …and after the “chocolate syrup treatment” 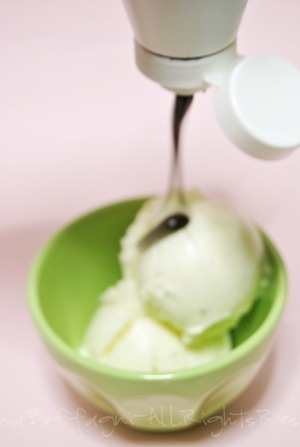 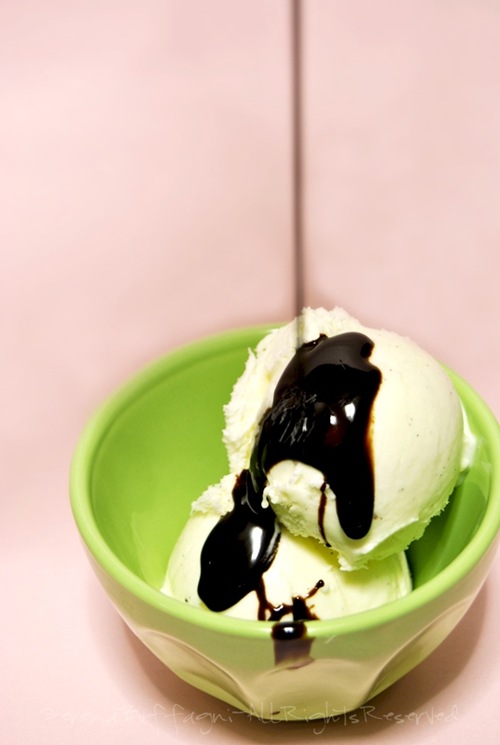 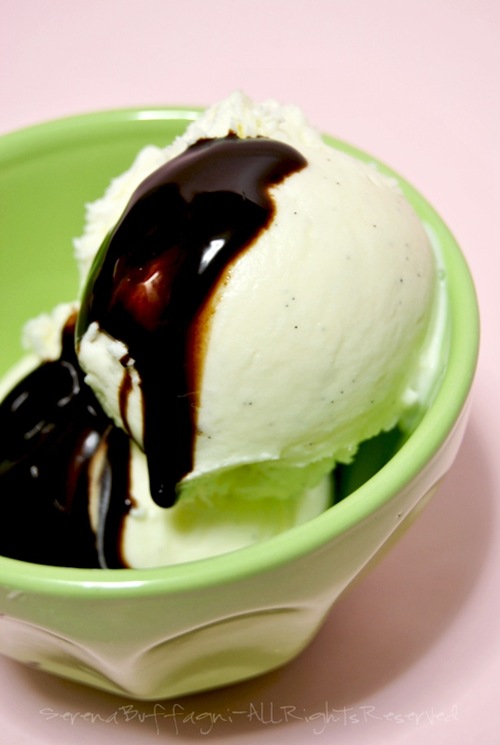 well, i do not know what i got wrong, but my syrup turned out a little runnier than i had thought it would be. Maybe i cooked it not as long as i should have, maybe the heat was “low” rather than “medium”, i really don’t know.

So i poured it into a glass bowl and put it 5 minutes or so in the microwave oven. You know, MW ovens allow water to evaporate. So i told myself that, if some water, through boiling, evaporated, the syrup would turn out thicker in the end. And it sort of worked. You know, when something doesn’t turn out the way it was supposed or i wanted it to, i take it personally, and i get angry, when i do not surrender. So see? never give up, you can (almost) always make up for kitchen disasters :) just stop, breath, count to 10, and look for a solution :D

Make this syrup! it’s worth it! (but do not eat it all at once right? lol)

i’ve changed so much over the last months. Once i would say “i’m making this, for sure!”, this would be my usual comment to the recipes i saw on blogs. Now i rather prefer to say nothing, and just “act”. Less words, more concrete stuff. And then i just drop a comment to say “ehi i tried it!! come and have a look!” to the original author… i’m so proud of the cook-blogger i’ve become :D}

Posted by Serena@TentarNonNuoce at 11:40 PM

i'll be glad to hear from you :) feel free to drop a comment to ask questions (if i'm able to, i'll asnwer you), or simply say hello :)

the girl with the whisk

Disclaimer - IMPORTANT: please read (before you think i'm an idiot ;) )

DO NOT (DO NOT) think that i write like i am not aware of the existance of capital letters (e.g. for the pronoun of the first person singual, "I", for adjectives of nationality, or after a full stop) or of any other linguistic rule. I don't do that out of disrespect or because i am an ignorant person who doesn't know the basic rules of the english language (and instead pretend they do).
The cause might even be worse than that.
In fact, i do that out of laziness.
When i wanna write, i wanna do it quickly, the important thing is the content, not the form (my personal opinion, which i try to apply to all aspects of my life too - you may not share this view, but you should respect it).
Moreover this, like my italian blog as well, is a sort of recipe note book, thought in first place to be a reminder of all the messes i do while i cook.
So please, be kind and do not think i am an idiot :) this you could deduce from many other things i do in my life.
But do not judge a person by their blog ;)